The forum for Swords and Ravens, an AGOT Board Game online platform

For all discussions about A Game of Thrones: The Board Game, that do not fit in any other category.
Post Reply
4 posts • Page 1 of 1

There was lastly a lot of talk about the replacements and Vassalizyng people and maybe we could brainstorm a bit about ideas to make better the site, considering of course the limitations of programming by Gereon.

What I thought is that maybe we could give the Creator of each game a more prominent position, a Primus Inter Pares in each game. Not an absolute control of every situation, but maybe something simple like their vote has value x2.

Using this, the creator of the game could make a Replacement/Vassal more feasible, and also could veto an abussive player forcing replacements or vassals.

If we go around replacing everyone who doesn't fulfill a super-fast/hyper gamer sytle, then the platform won't grow and will always be stuck with the same small community of fanatics.
> 0
"Many people have died for their beliefs; it’s actually quite common. The real courage is in living and suffering for what you believe"
Top 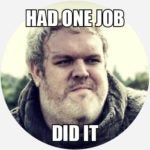 I like the idea and the overall concept of growing the community is fine. On the other hand side it is usually the "fanatics" that take thing further... we may have to think of something to... cater for us :-)
> 0
Top

I think it's a simple as a statement of site policy. There are guide lines established for behaviour, language, etc... Gereon could simply say that, as diplomacy is part of the game, players can't be replaced until they've been inactive on the game log for, say, a week? And that replacement should be tried before vassalizing as you cant undo a vassal.
> 0
Top

The problem is, at the moment any change on the game updates the "Last active" flag of the game, even when you change your settings or navigate between the tabs (The game remembers which tab you had last opened). I am waiting for a review from Longwelwind to release https://github.com/Longwelwind/swords-a ... /pull/1252 .
After this we can add a "last significant move of player" and based on this we could say a replacement vote in PBEM games can be started after 5 days.

On the other hand I like the self-managed design which allows the players to initiate a vote earlier and which forces others to be quick. But you were right, vassalizing was a problem because it was permanent. So I implemented today that a vassal, which has replaced a player (!), can be replaced by a player again. (A vassal which was there from the beginning cannot be turned into a player because this vassal started with the vassal setup and no house cards have been created for that house, especially with drafting we just could give random cards to the new player...)

Note: You cannot vote during combat or claim vassals phase because during this phases a successful replacement would be critical.